Zanzibar is a Tanzanian archipelago off the coast of East Africa. On its main island, Unguja, familiarly called Zanzibar, is Stone Town, a historic trade center with Swahili and Islamic influences. Its winding lanes present minarets, carved doorways and 19th-century landmarks such as the House of Wonders, a former sultan’s palace. The northern villages Nungwi and Kendwa have wide beaches lined with hotels.

Zanzibar’s coastline offers some of the best beaches in the world, but sand and surf vary depending on what side of the island you’re on. On the east coast, waves break over coral reefs and sand bars offshore, and low tide reveals small pools of starfish, small minnows, and anemones. Up north, ocean swimming is much less susceptible to the tides, and smooth beaches and white sand make for dazzling days in the sun. 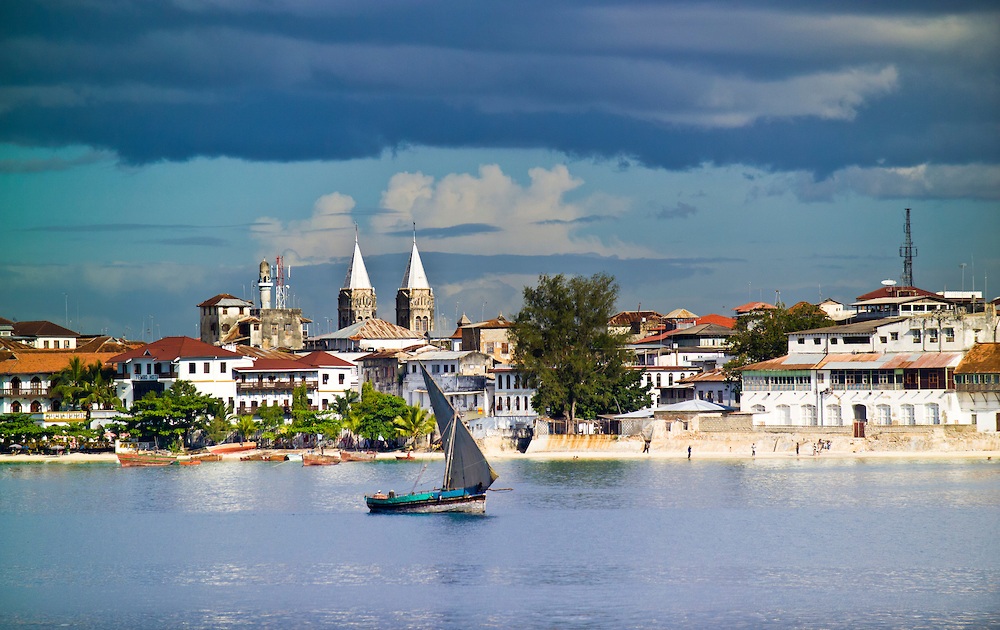 Stone Town, also known as Mji Mkongwe (Swahili for "old town"), is the old part of Zanzibar City, the main city of Zanzibar, in Tanzania. (The newer portion of the city is known as Ng'ambo, Swahili for 'the other side'). Stone Town is located on the western coast of Unguja, the main island of the Zanzibar Archipelago. Former capital of the Zanzibar Sultanate, and flourishing centre of the spice trade as well as the slave trade in the 19th century, it retained its importance as the main city of Zanzibar during the period of the British protectorate. When Tanganyika and Zanzibar joined each other to form the United Republic of Tanzania, Zanzibar kept a semi-autonomous status, with Stone Town as its local government seat.

Whether you stay at Nungwi beach, Kendwa beach, or even somewhere along the East coast, exploring Zanzibar's north beach resorts is certainly worth the effort.

Nungwi is the third largest settlement in Zanzibar, with a population of about 5,500, found at the far north of the island. The smaller nearby Kendwa is on the west coast, overlooking the tiny Daloni island and the larger island of Tumbatu. Both are located about an hour's drive from Stone Town.

Nungwi beach is relatively quiet during the day, but it also provides a wide range of water sports and things to do, including scuba diving, Jet Ski and paragliding along with other activities such as volleyball, craft lessons or the local village tour.

Many people will choose to visit this area for the number of things to do in Nungwi. But for anyone wanting a more secluded resort, it still makes for a great place to spend the day before returning to another part of the island.

Departing from one of Zanzibar's many Northern Beaches, you begin the morning by gliding across crystallised waters in a traditional Dhow sailing boat. Sailing is slow, but as a gentle breeze runs across the deck and you lay down beneath the shade of the mainsail, a distinct feeling of calm will ensure you do not want to reach anywhere fast.

The most famous place for snorkelling in Zanzibar is the beautiful Mnemba Atoll Marine Reserve. The area is well known for its fish life and you can expect to see lion fish, moray eels, stingrays and turtles swimming around in the shallows.

If you venture further out the reef drops away into a big wall where you will see schools of giant trevally and emperor fish hunting, yellow snappers, barracuda and if you are lucky napoleon fish and turtles. We stay out for about six hours so there is plenty of time for working on your tan too!

Other Things to Do